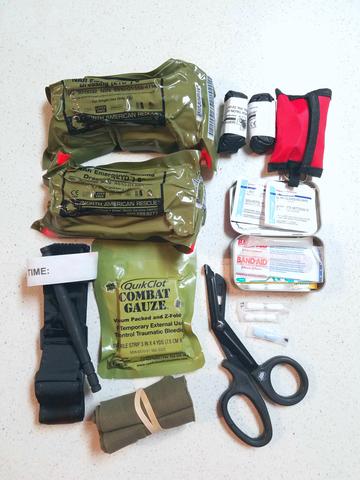 The word IFAK (Individual First Aid Kit) often makes us reminisce of that high strung neighbor that is preparing for an apocalypse scenario. In reality, we believe that all people who have first aid training should have one, and at the minimum, keep it in their car. You never know when an emergency could happen and it is best to have an IFAK at least available, especially when lives could be on the line. Leaving your IFAK at home will be a decision you may regret for the rest of your life if it was all you needed to save a life. Next, we run into the largest question of IFAKs on the internet: What exactly do I put in it? This question has plagued entire forums with hundreds of folks arguing over what is necessary and what is not, but in reality, that question is just as subjective as the answer. Are you in a war zone and need to patch up puncture wounds? A good samaritan helping people in an automobile accident? Or are you going on a weekend hiking/camping trip with some friends, and want to be prepared? These questions will ultimately aid you in deciding for yourself what you need or what you don’t, so let’s get to building one. Here’s what you’ll need:

A lot of these items are the bare minimums for an IFAK, and there is certainly much more you can add in there, but the idea is that you don’t want to be carrying a mobile hospital around with you. Stop the bleeding, start the breathing, and get ’em to the hospital. What do you put in your IFAK? Let us know in the comments! 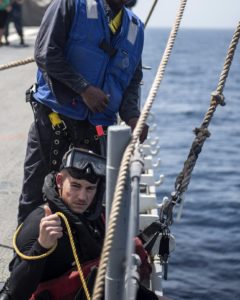 Blayne Nation is a military veteran who served as a U.S. Navy Search and Rescue Swimmer. During his service, he trained other service members in advanced first aid, emergency patient transport, CPR/AED, aircraft crash recovery, and waterborne parachute disentanglement. Upon completion of his naval service, Blayne moved to Denver, Colorado to pursue a master’s degree in business. He enjoys climbing mountains, hiking/traveling, and trains in MMA in his spare time.